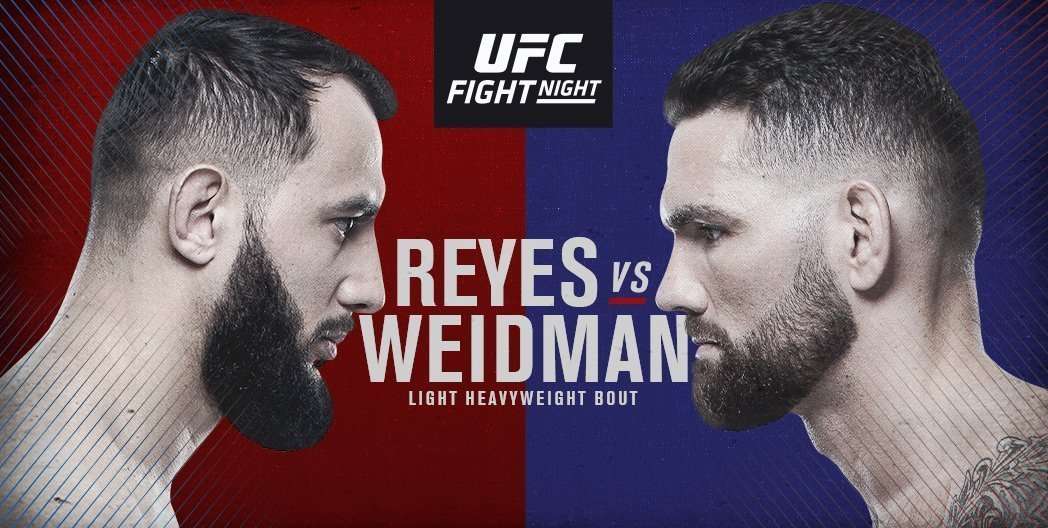 In July 2013, Chris Weidman shocked the world by becoming the first man to defeat Anderson Silva in the UFC and taking the middleweight title. Undefeated at the time, he went on to defend that title successfully in a rematch with Silva, and then (despite some time off due to injury) against Lyoto Machida and Vitor Belfort before coming up against Luke Rockhold at UFC 194. After a tough three and a half rounds, the referee stopped the fight in the fourth round due to ground and pound, resulting in the first defeat of Weidman’s career.

Four years later, Weidman is now 1-5 in his last six fights, with those five losses all by KO or TKO. His most recent loss came recently at the hands of Dominick Reyes, suggesting that the move up to light heavyweight might not have been the answer that he was hoping for.

Inevitably, various voices in the MMA world have been wondering aloud whether it might be time for Weidman to call it a day. Weidman seems to think otherwise, talking at the post fight press conference about “coming back stronger”. Rarely, though, do we talk about what makes it so hard for MMA fighters to retire at the right time.

BJ Penn is another example of this phenomenon. Penn is widely recognised as one of the great figures to emerge in the early days of the sport, and is often credited with being the man who ignited interest in the lighter weight divisions. He first announced an intention to retire back in 2011 following a loss to Nick Diaz at UFC 137. Since that time – several more comebacks and retirements later – he has gone 0-7, with his most recent fight in May this year. Over the last few years, he has been investigated following allegations of domestic violence and alcohol fuelled brawling, with some suggesting that he was suffering from mental health problems that could be connected to the head trauma he’s experienced as a fighter. He was released by the UFC in September this year after video surfaced of a brawl in Hawaii.

“Retiring is easy. Staying retired is the hard part.”

I’ve often said that the trouble with fights is that they’re like beers. Often you hear fighters talk about having “just one more” – but more often than not, one turns into several, which then turn into more. Before you know it, they’re losing coordination and rambling incoherently. There is never a good time to retire. As a fighter, we sometimes have this idea that if we could have that one perfect performance we’re dreaming of, we could hang up our gloves and walk away from the sport on our own terms. But after a big win, the pressure is always to have another fight – to see how far we could go; this could be the start of a comeback, of a title run even. After a loss, on the other hand, we want to get back in there, to correct the mistakes we made and to “go out on a win”. All the talk we hear about “never giving up” and “coming back stronger” after a defeat makes it very hard to take the decision to call it a day, even when it’s obvious to everyone around us that it’s the right time to do that.

There are other reasons, of course. Money is undoubtedly a factor; after being retired for several years, the temptation to have one more big pay day can be a reason why some are lured back into the cage. Sometimes it can be missing the acclaim and attention from fans. People have short memories, and even great champions from the sport’s past are sometimes barely recognised by the new generation of fans. Fading into obscurity can be galling for someone who’s experienced the limelight.

Many of us miss the buzz of the fight game. After all, there’s no adrenaline rush quite like it. People often ask me whether I miss fighting, and the truth is that although I don’t miss the injuries, the weight-cutting, the feeling when you get out of bed in the morning after a tough sparring session, or the fight politics – I do miss the fight itself. I don’t watch MMA very often nowadays, and when I do, I always feel that familiar itch to get back in there. If I’m watching a fight from my weight class, I’ll find myself thinking “I could beat these two…” and perhaps start contemplating a comeback. Objectively, I’m sure that would be a terrible idea; but that doesn’t stop the bit of my brain that still thinks I could be a world champion.

“To everything there is a season, a time for every purpose under heaven.”

So what stops me? Staying busy, mostly. I’m fortunate to have an extremely full life, and lots of projects that I can sink my time, attention and passion into. This is also true of the majority of fighters I know who have managed to walk away from the sport on their own terms and enjoy a successful post-retirement career. Being fully engaged in the present and looking forward to the future is the best remedy for pining after the past, or deciding to have another shot at it. This is the paradox of being a fighter: to be a champion, you have to go into every fight believing that it’s all important, but success in retirement depends on realising that there’s more to life than MMA. Making that transition is something that those of us within the sport would do well to talk more about.

This site uses Akismet to reduce spam. Learn how your comment data is processed.